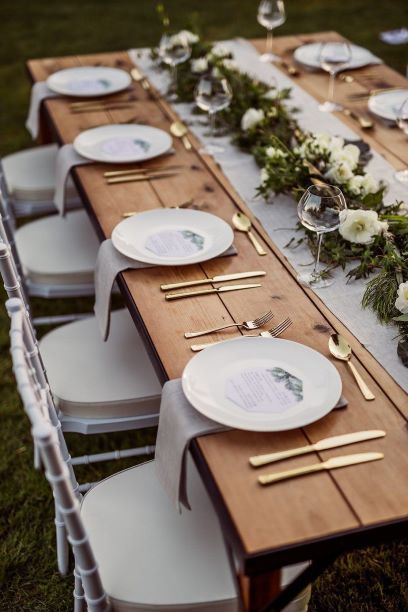 Introducing Trilogy Luxury Training to you

I am delighted to introduce to you Lauren Norton. I have known Lauren since she came into yachting as a newbie and followed her career as she went up the ladder. She has become a force in interior training, providing the same energy to her teaching that she gave to her career working onboard. As we are all ‘virtually connected’ now, you can train from wherever you are, be it Antibes, London or South Africa.

After 12 years in the yachting industry, having worked my way up from junior to senior chief stewardess, I left as I was to become a mother. As I still missed my job as a chief stew, I felt sad that the knowledge and experience I had gained from years in the industry would be wasted. I undertook some contractual work for the British Butler’s Institute of London and loved being able to share my knowledge with others. This gave me the momentum to start Trilogy. (The idea behind the name is that one day I would like to offer training to all 3 element of luxury hospitality: sea, land and air.)

So, in 2018, I opened the doors to Trilogy Luxury training. Trilogy is an IAMI GUEST accredited Steward and Stewardess training school in Durban, South Africa. Trilogy provides training for interior crew from junior to senior in the form of the following courses. We offer face to face as well as online for those who aren’t able to travel.

IAMI GUEST introduction into Yachting which is for anyone new to the industry and covers all the basics on being a stewardess as well as how to land your first job. We like to think that our years in the industry enables us to provide training of the highest standard making our students stand out from other looking to enter the industry while having a realistic outlook on what to expect and will be expected of them.

For our more seasoned stews we offer 2 options, the Experienced Stewardess course and the Senior stewardess course. Again, drawing on vast personal experience and ongoing personal education we aim to offer realistic and valuable training.

The experienced Stewardess course is aimed at individuals who have been in the industry for a season or 2 and want to upskill, but are not ready to step into a leadership role.

The Senior stewardess course is for our 2nd Stews, Chief Stews, Head of Housekeeping etc. or those wishing to take on one of these roles and focuses more on the management and leadership aspects as well as a recap on all those interior skills.

We believe that you never stop learning and that our training is as much about knowledge sharing and mentoring as it is about the skills learnt. We hope to inspire our students to always strive to exceed their guests’ expectations and their own. That is why we offer all our students ongoing support and the option to take part in our mentorship program where they have one on one access to our trainers to support them through a new build, yard period or the start of a new role. We have all been there and sometimes you just need someone off the yacht to speak to and ask advice from.

So, who am I and where did my story in yachting begin you ask? It is probably very similar to a lot of you who have entered into the industry. In 2003, I was 22 and living in Durban, dating my high school sweet heart and working as a personal trainer. One day, I thought to myself, “surely there is more to life than this?!?!”. Then a friend came home after doing a season in the Med and told me about yachting, I didn’t even think twice, I sold my car, moved out of my flat and told my boyfriend I would go and do a season and then we could buy a house together. I was only going to ever going to do a season…… famous last words right.

My friend told me to get in touch with this crew agent called ‘Sarah Plant at Recrewt’, she would tell me what to do. So, when I arrived in France I was probably very naïve. I started my job search, doing all the usual things; registering with all the agents, dockwalking and trying to find work. I had a few interviews, one of which the captain asked me if I was willing to dye my hair blonde and that my main role would be massaging the owner’s shoulders while he played poker. Hmmm…… thank goodness I followed my instinct and decided not to take that job. After that and a few more interviews I was offered my first job on an Iconic 80m yacht. I had put on my CV that I could cut hair (definitely do not oversell yourself!).  I used to cut my boyfriend’s hair with clippers, so this qualified me, right? The captain asked me if I could give him a haircut in the onboard hair salon. And of course, I said yes. He fell asleep while I was doing it and so I just kept cutting and cutting and trying to make it even. I had no idea really, but thought how hard could it be? The captain had to go to a Captain’s dinner that night as we were at the Genoa Boat show, and apparently he got a lot of comments at the dinner that were not at all complementary! He was very nice about though.

My next position was aboard a 40m. The Captain and Chief stew who would influence my career immensely and make me the Chief Stew I became.  (the chef onboard also became my husband!)

The captain and chief stew moved onto a new build and asked me to join them. I spent the next year as 2nd Stew and took over from the chief stew when she left to start a family. It was with these owners and captain that I spent the rest of my career. I was lucky enough to be involved in the new build of their 100m Feadship, which won the coveted Neptune for Superyacht of the year. As well as the set-up and staff training for the yacht, I also was responsible for the owners’ numerous residences around the world. I left the industry in 2015, at what I considered the top of my game, pregnant with my son.

Yachting has been such a huge part of my life and I have some great memories that will make me smile for years to come. For example, the time I was asking a Russian speaking guest if they would like some ice with their drink, but due to my lovely South African accent they thought I was offering them some “ass” with their drink! That was an awkward conversation to say the least, luckily, they saw the funny side of it. But to this day I still over pronounce the word ice. Not to mention perfecting the art of smiling and acting natural while being asked to procure the most outlandish things for our guests. I think the most outrageous was a demand for a puppy at 10pm while at anchor in St. Tropez.

Leaving yachting was probably one of the biggest decisions of my life and starting Trilogy was a natural next step. I love helping people to achieve the high standards that are expected of them through my school and then to support them as they travel on their journey. To date all my stews have had a 100% success rate in finding work and the feedback from their Chief Stews and captains has been very encouraging. Being recognized as an industry leader is my goal and I am constantly striving to make my courses better and relevant for students. I am currently working on getting our 2 Experienced stewardess courses accredited so that we can offer people the full package and somewhere to come once they are ready to train further. We already offer the level 2 Food Hygiene both in the classroom and online.

Stay safe out there everyone and thank you for taking the time to learn a little about me and Trilogy. Maybe we will meet in person one day, let me know if we do and I will buy you a coffee or even better a glass of Rose’!

Please access some styled introduction videos below, for examples of Trilogy’s work